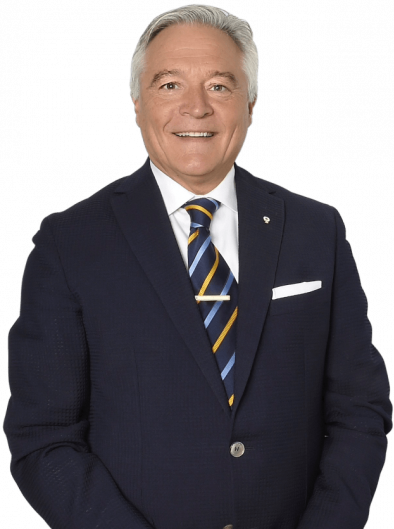 Since his admission to the Quebec Bar in 1977, Mr. Leduc has always worked in the private sector. He was co-founder of Mercier Leduc in 1981, and is responsible for the litigation department of the firm in the civil, administrative and professional liability sectors.

The essential part of his practice is related to representations before all courts and at all administrative levels throughout our country. Mr. Leduc has and continues to represent his clients, mainly before the Superior Court of Quebec, the Court of Appeal of Quebec and the Supreme Court of Canada. He possesses an extensive experience in the field of ethics and disciplinary law and he pleads regularly before disciplinary committees of various professional orders, as well as before the Tribunal of Professions. He has also acted as president on various disciplinary committees, namely for the Quebec Bar, the Collège des médecins, the Order of Engineers of Quebec and the Ordre des infirmières et infirmiers du Québec. Mr. Leduc is the current President of the discipline committee of l’Organisme d’autoréglementation du courtage immobilier du Québec.

Over the years, he has been active in the Chamber of Commerce of Saint-Laurent for which he acted as president in 1992-1993.

In May 2008, the General Council of the Quebec Bar, on the recommendation of an independent committee, bestowed upon Mr. Claude G. Leduc, the title of “Advocatus Emeritus”. This title is attributed to lawyers whose excellent performance is recognized throughout the legal community for their remarkable contribution to the development of the legal profession.

His 40 years of experience guarantees a prompt and effective solution to his clients’ legal dilemmas, as well as the utmost professional representation before any Court.

Finally, his sustained effort at seeing that the underprivileged gain improved and easier access to justice is unparalleled, as is his own personal involvement in the representation of people unable to afford quality representation.